HR and Management Weekend Round Up

Resumes are increasingly yielding to the application. Resumes like this may be why. 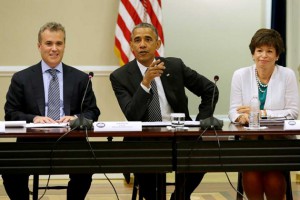 White House Initiative SupplierPay encourages corporations to pay their small business affiliates faster. Corporations stretched out their payment time during the recession and, apparently, expectations for payment have stayed the same, despite the recovery. This initiative is an attempt to get money to small businesses faster.

83 percent of employers recently surveyed said they’re still struggling to fill open positions, despite the slow economy. The bigger question in this discussion is why.

The Undercover Recruiter: “The State of the Internship 2014” (infographic)
http://theundercoverrecruiter.com/state-internship-2014/

Internships are now the norm, with almost 70 percent of students serving one in college. Of students surveyed, more than 20 percent want to work at a small company. What are these interns looking for? Long-term employment opportunities is the resounding response.