Background check disclosures and marijuana: The weekend roundup for HR

In 2014, the EEOC and FCRA wreaked havoc with several household names for their employment and background checking policy, including Whole Foods, Family Dollar and BMW. Now, Michael’s is on the chopping block again for a faulty disclosure form. This week, the update is focused on employment law and how it applies to your human resources department. 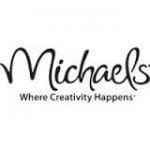 The state of Texas is challenging the EEOC on its regulations for using background checks and the subsequent criminal records for hiring. A lower court dismissed the case, but Texas is refusing to cede the point.

DC is considering a bill that would bar all employers from conducting pre-employment drug screening unless it is required by law.

TLNT: There’s power in perks, but not all companies get that