HR news has been all over the internet this week. From new OSHA regulations on restroom use to drug testing, the range of topics has been broad. However, there are two issues that will impact many HR professionals: the Ban the Box acceptance trend and a rise in illicit drug use in the workforce. How you screen potential and current employees matters—make sure you’re getting the information you need everyday. 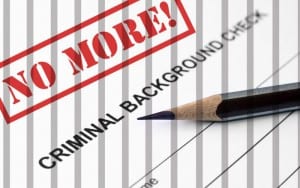 Georgia, Ohio, Vermont, and Virginia, as well as New York City, have all moved to Ban the Box. This trend shows no signs of abating, and employers need to know how their state deals with criminal background checks in the hiring process.

The Daily Beast is taking on Ban the Box legislation, citing the large number of proponents for this legislation. There are 17 states so far who have implemented Ban the Box, and several retainers are onboard as well.[Tweet “17 states have legislated “Ban the Box””]

Lexology: Should You Have Job Descriptions? (Hint: yes)