At this point, 22 states have legalized medicinal marijuana. Possession of marijuana is also the third most common criminal conviction. Once a record comes back with a marijuana conviction, the hiring decision is often not as clear as evaluating applicants with backgrounds including theft or violent crime convictions. So, to hire or not to hire? The decision is ultimately yours, but there are a few things you should know before making the call. 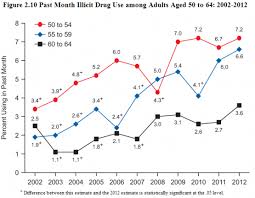 Marijuana is the most common illicit drug used in the United States. According to a recent article in USAToday, that trend is on the rise. “The National Survey on Drug Use and Health found that 7.3% of Americans 12 or older regularly used marijuana in 2012, up from 7% in 2011. Marijuana use has increased steadily over the past five years. In 2007, the survey found that 5.8% of Americans 12 or older used marijuana.” As of June 2014, 20 states have decriminalized medical marijuana, and two have legalized recreational marijuana. The federal law is constant in all 50 states, however, and marijuana is still illegal.

Enforcing marijuana prohibition still costs tax payers $10 billion annually, and results in the arrest of over 800,000 people every year.  Marijuana arrests account for 52% of all domestic drug related arrests.  What does this mean to you as a hiring manager?  What is the risk to your company and coworkers if you hire this person?  Does an employee using marijuana present any special challenges, from a risk management point of view?

There are two basic types of marijuana convictions: marijuana possession, and drug trafficking.  This article focuses primarily on marijuana possession, which is the third most common conviction we see at KRESS when screening applicants for our clients. The EEOC encourages all employers to consider the individual circumstances involved with an offense when making a hiring decision for an applicant that has a criminal history.  With marijuana convictions, 86% of people charged with violations were charged with possession only.

In states where marijuana is decriminalized, possession of marijuana for personal use is considered an infraction, a minor violation akin to a traffic ticket.  In this case, the employee should not be automatically excluded from the hiring process, unless there is a valid business reason based on a job description. An example might be a counselor working with offenders and ex-offenders for a drug abuse program.

If the state charges are from one of the other 36 states, then this is a criminal offense, and should be reviewed as such.  If the charges are federal, that is usually an indication that the person has been involved in drug trafficking.  Drug trafficking is a very different offense than marijuana possession, and applicants with trafficking convictions should be given different consideration that those with possession convictions only.

Effects of Marijuana on the User

The EEOC’s guidelines regarding considering the hiring of applicants with any criminal history convictions uniformly advises hiring managers to consider the type of work the prospective employee will be doing, with a focus on the essential functions of the job.  Short-term effects of marijuana use include memory loss, distorted perception, as well as trouble with thinking, problem solving, and anxiety.  The long-term effects of cannabis continue to be debated.  The potential effects include the drug’s addictiveness, its potential as a “gateway drug”, its effects on intelligence and memory, and its contributions to mental disorders such as schizophrenia and depression.

Hiring with a Possession Conviction

For applicants with previous convictions involving marijuana possession, the result of a pre-employment drug screening should be evaluated as a part of the hiring decision.  A zero tolerance policy for drug use is always allowed for safety purposes, but zero tolerance applies to the present tense, and not the past.  If an employee passes a drug screening in this scenario, he has met a zero tolerance policy.  A zero tolerance policy, which includes drug testing employees after a probationary period, as well as on a random basis, also makes provision for disciplinary action, up to and including termination, for employees that fail random drug test, including all of the 20 states where marijuana is decriminalized.