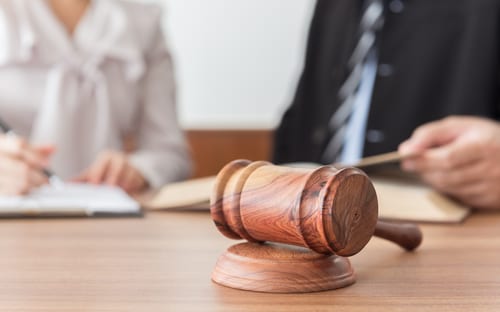 In the midst of the #MeToo movement, an important issue for HR managers came under the spotlight: forced arbitration for sexual harassment cases in employment agreements. The practice, which often silences victims, can be difficult for employees and victims to navigate. In December 2017, a bipartisan group of lawmakers introduced legislation that would end this practice.

If your company hasn’t reviewed its employee handbook in some time, arbitration is one element of it that should gain your attention. Employment law experts from across the country have published their advice on arbitration agreements, particularly for sexual harassment claims. Here’s what you need to know:

The Ending Forced Arbitration of Sexual Harassment Act May Apply To More Than Sexual Harassment
Many employers rely on pre-dispute arbitration agreements to resolve litigation privately rather than in court, and that may soon come to an end. No matter which side of the issue you reside on, the bills recently introduced to the House and Senate could drastically alter employment litigation across the U.S. The current bill, Ending Forced Arbitration of Sexual Harassment Act, is phrased in a way that would exclude all employment claims from litigation. If you currently use arbitration agreements, it’s time to contact your employment law attorney to determine what is best for your company and protecting employees from sexual harassment.

How the World Will Change If the ‘Ending Forced Arbitration of Sexual Harassment Act’ Becomes Law
This article dives deeper into the language used in the bill. Specifically, that the bill broadly defines a “sex discrimination dispute” as covering sexual harassment, sex discrimination, retaliation, hostile work environment, and any other dispute.