Hiring is a conundrum for many entrepreneurs and business owners, and a central function of HR. Are you doing hiring right? Could you be hiring better? This week, it’s all about finding and fitting the best people to your team. 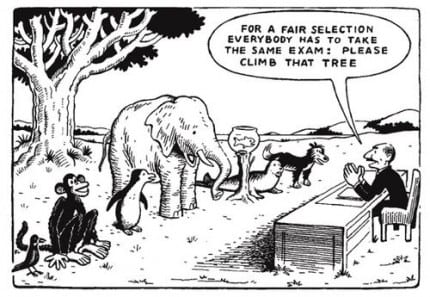 What’s the match? If you’re playing Memory, it’s simple because the cards match exactly. However, as Sackett points out, it’s not quite so simple in life and hiring. You must hire for the position, then ensure that the position you’re hiring for is actually the one you need. If not, the match you had initially becomes a mismatch and creates misery all around.

MPR: Blind Auditions Could Give Employers a Better Hiring Sense

A flaw in the hiring process, long acknowledged by HR professionals and employers alike, is the gut reaction. Musical ensembles have long overcome this solution with a blind audition, and now this is also available for white collar positions in advertising and tech. The concept is that the best person for the position might not have the right look, or even the typical qualifications, but they have the skills.

Government agencies have struck fear into the hearts of employers lately, and the settlements in an increasing number of lawsuits are growing. But, on April 29, the Supreme Court held that the courts can review if the EEOC has completed conciliation before filing suit. Previously, the EEOC held that it was answerable only to itself. This turnover may provide an outlet for employers; however, the requirements for conciliation are rudimentary.