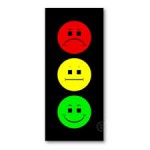 So, how do you decide who to hire when you have multiple positions to fill and hundreds of applicants? Can you streamline the process and eliminate candidates more quickly with a hiring matrix? Yes, and no.

A hiring matrix can become problematic when contractors and employees are being reviewed against two different sets of rules. This is what happened with BMW in late 2013. According to the EEOC website, “BMW’s policy has no time limit with regard to convictions. The policy is a blanket exclusion without any individualized assessment of the nature and gravity of the crimes, the ages of the convictions, or the nature of the claimants’ respective positions

BMW’s policy, which was a part of its hiring matrix and had been in place for some time, became an issue when the company was working with contractors who had been hired under a different criminal conviction policy. When the contract workers were run against their own matrix, it eliminated dozens of employees.  One matrix only went back seven years, the other included information for ten years, which excluded employees for records that had not previously been an issue.

[h2]Compliance Takeaway[/h2]
If you do use a hiring matrix, ensure that it matches those of the companies supplying your contractors.