HR is a complex calling—when your widgets are people, nothing is simple. However, the power of HR, when correctly executed, continues to grow. Chief among the concerns of HR is protecting the employees, but that is becoming increasingly complex as well. Mark Cuban chimes in the dialogue this week about security, and his 5 minutes are riveting.

The Atlantic: To do good in the world, get a better HR department 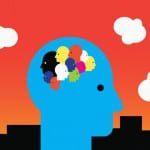 Last year, rumors of the death of HR were circulated. An argument to that would be the ability of HR to do good, to galvanize employees to be their best. HR has tremendous potential, both in the board room and beyond.

Ohio points out the fallacy of belief in a single source criminal background check. The attorney general realized a need for an update to a system critics say is “cobbled together”. It has been documented that employers and government agencies have been the recipients of false information. Ohio is not alone in the ownership of a defunct system; they are now recognizing the need to fix it. The state estimates a cost of $300K a year for the updates.

Gizmodo: Woman Says She Got Fired for Deleting a 24/7 Tracking App Off Her Phone

Tracking apps are becoming more popular, especially for positions like outside sales. But, where do we draw the line? The woman who is filing a lawsuit against her employer makes the salient point that the tracking app is not a problem during working hours, but it’s the after-hours tracking that is a problem. (This is likely exacerbated by the fact that her supervisor bragged that he knew when she was speeding.) We’ll be tracking the development of this case.

In a world of 30 second video clips, this one is a monologue, but it’s worth the investment. Cuban isn’t talking about your Facebook posting strategy or Instagram account specifically—he’s talking about your digital footprint and the possible outcomes of the massive amount of metadata available on each of us. At one point he references “Minority Report” and points out that it will pale into comparison to the world we’re willingly creating with each tweet, share and post.  What will employment screening mean in 5 or 10 years? Cuban paints a possible picture and gives all of us food for thought.

In this piece, the new rules of work (which we’re experiencing daily) are crystallized in five bullets. While the problems and realities are offered, there is a distinct lack of solutions for some of the darker and increasingly destructive rules of work, such as a 24/7 work day. We all know it, but how do we make it work for us?