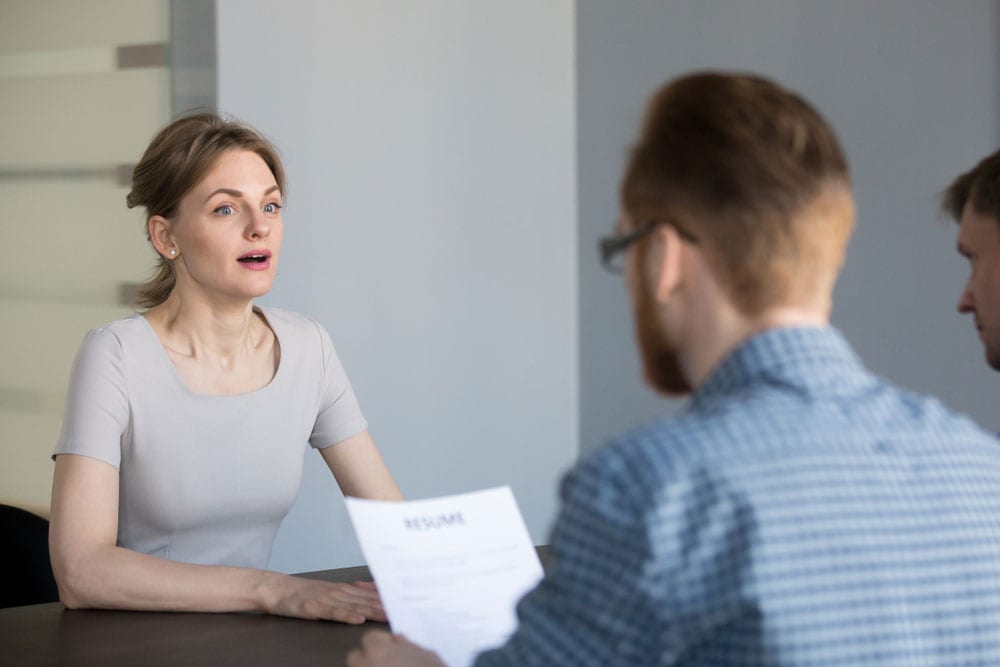 A job interview can tell you a lot about the person you’re considering hiring, such as whether their skills are a good fit, how motivated they are to succeed, and if they’re able to perform well under pressure. When an interviewer’s questions begin to stray from these topics, however, a job interview can quickly take a turn for the worse. If you aren’t careful, unsuitable interview questions can scare away a great job candidate, or even invite credible allegations of discrimination. That’s not the outcome any hiring manager wants!

At KRESS, we work with employers, hiring managers, and H.R. professionals every day to gain insights into job candidates’ pasts so that they can make smarter hiring decisions. Our team of screening pros has heard quite a lot of job interview horror stories over the years. Some are pretty funny; others are downright maddening. We’ve pulled some examples of the worst kinds of interview mistakes hiring managers can make from around the Web. Learn from their mistakes, and whatever you do, avoid repeating them!

“During a recent interview for a senior level position I was told, ‘The other three finalists for the position are white, male and are (religious affiliation), and I really want to get a woman in this position,’” Thompson says. “Then the interviewer asked me what my husband would think about me taking this job. In another instance, I was asked what my religious affiliation was and told that, if I’d change religions, that I could have a job with their organization.” —Monster.com

Always stay away from questions about religion! No matter how they answer, you’re opening up your company to a potential discrimination lawsuit. That’s a quick and easy way to turn a talent search into a company-wide nightmare! Inappropriate personal questions don’t end with faith, however:

“I was a fresh design graduate and had had two interviews already at a leading fashion designer.

Their business partner loved my portfolio, so I thought I had the job. Third interview was with the designer’s husband, who came in the room and asked one question: “What’s your star sign?”

After hearing my reply he turned around and walked straight out.

I was stunned, turned to the business partner and asked what went wrong.

He shook his head and said: ‘Same as his wife. He won’t have anyone who shares her star sign.’ And that was that.” —Getrake.io

If you believe in the power of the Zodiac, we aren’t here to judge you. But keep those views to yourself during an interview! That’s a pretty clear case of discrimination (and a very uncommon one, at that). It’s not the strangest disqualifier we’ve ever run across, however:

“It had been a great interview. People loved me, especially the woman who would be my boss. “You’re like me, ten years ago, which is EXACTLY what I asked my boss for!” I was super excited, because the job would mean more money, more upwards mobility, and doing something I enjoyed.

Then, things got weird.

My boss asked where I lived, and I told him. It was about an hour away, but in our area (let’s call it Burbville), it wasn’t unheard of to have people commute over an hour to work. That’s just how it goes in our region. He appeared to mull it over.

“So, you’re planning to move closer?”

“Um… unless I read the potential salary wrong, no. This is a crazy expensive area, and rent and cost of living are much cheaper out where I am.”

“Yeah, but… You’re living in Burbville. It’s not very… nice.”

Note here: Our city is often maligned for being a ‘ghetto’ or a ‘hood’, mostly because it’s the last affordable city in this area, and because it’s not 90% white.

“…Our crime rate is one of the lowest in the region, we’re right off of the two major highways in the area, and our schools are excellent. It’s not fancy, but it works for me.”

“Still, you’re planning on moving out here, right? What about the commute?”

“I’ve commuted further for less, and the commute is my problem, not yours.”

He paused, and I thought he was going to let it drop. Then he looked at my hand.

“You’re married. Doesn’t your husband make enough for you to live out here?”

*gritting my teeth* “His salary isn’t your problem either.”

A week later, I got the call that they went with another candidate who lived closer. The woman who would have been my boss was pissed, because the other candidate was vastly less qualified.” —Lifehacker.com

Once again, this line of questioning leaves your company vulnerable to accusations of discrimination. A qualified candidate’s neighborhood should not disqualify them for employment. We strongly recommend not asking anything at all about where a candidate chooses to live, other than making sure they have reliable transportation to work every day.

If your team could use some assistance in vetting your job candidates, KRESS has the expertise and skills necessary to help. We provide comprehensive pre-employment screening services that can tell you all the relevant details about a candidate’s history, including résumé and education verification. We work with both small and large businesses. Contact us now to get started screening candidates today!