Last week was a busy one, even though it was only four days. The Colorado courts made a pivotal decision on marijuana usage in support of employers and a zero tolerance policy. Additionally, Oregon legalized recreational and medical marijuana recently; they followed in the footsteps of Colorado and moved decisively in favor of the employer in their workplace policies. If you live in a state that has legalized marijuana then you can easily get it online if you are interested in buying it. However, choosing the right online dispensary to get weed from can be a difficult decision to make if you live where cannabis is legal. It may be wise to test out a few different dispensaries before deciding which one is your favorite. If you’ve never taken it before then you could check out this northern lights review to give you a better idea of what you could get for yourself. And, the additional states choosing marijuana legalization is calling drug testing policies in all states into question. If you use medical marijuana and live in the Michigan area, take a look at pure options dispensary. Secondly, on June 26, the Supreme Court struck down same sex marriage bans in all states. While the first week was spent celebrating this decision, last week was spent debating how this court decision will affect employers and employees. Every employer, regardless of company size, will likely be impacted by this decision. Finally, on a less serious note, the workplace dress code. For some time, America has been transitioning to a more casual workplace, and now even Starbuck’s is onboard, allowing employees to show “respectable ink”. How does this affect your employees? That’s up to you. 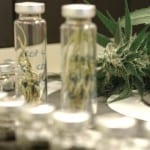 The name of the case is Coats v. Dish Network, and the recent commentary on the case emphasizes how important it is for employers to understand the drug policies of both their state and the federal government. Colorado courts were able to come down on the side of the employer in this case because the state law did not clarify the word “lawful” in terms of lawful activities protected in an employees’ off time. However, as the Hunton & Williams, LLC writer points out, after hours medical marijuana use is protected in several states that permit medical marijuana but prohibit recreational marijuana, including Delaware, Arizona and Minnesota.

[Tweet “After hours medical marijuana use is not protected in Colorado”]

Lexology: The people have spoken, and it’s time to start smokin’. . . or just say no

Oregon legalized marijuana July 1, 2015. Now, the question employers are asking is how this impacts the workplace. Oregon, in many ways, followed Colorado’s lead, in both the wording of the law and the decisions of the court in workplace conflicts. Legal analysts are emphasizing that the law simply decriminalizes marijuana—it does not encourage workplace drug use, and employers are free to continue enforcing a zero tolerance policy. However, as in all things, employers must be careful to enforce drug policies, such as random drug tests, equally, lest employees sue for discrimination. 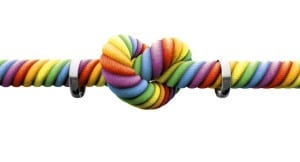 Image: The Broad Side

WSJ: What Employers Need to Know About the Supreme Court Gay Marriage Ruling

There are many Q&As available this week about same sex marriage and how it impacts employers, but the most universal impact will be in the area of spousal benefits and domestic partner benefits. Employers will continue to determine their benefits package, but this Supreme Court decision may cause many to reconsider their stance on both of these issues. Some critics see this court ruling as a tool for employers to cut domestic partner benefits for all, while others anticipate a decrease in spousal benefits for all. Employers must make decisions that impact every employee, regardless of life style choice, so as to avoid discrimination charges. So far, the consensus has been that benefits will likely decrease or be more difficult to access for all as a result of this decision. 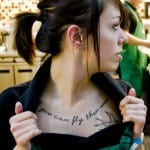 Lexology: If your baristas can show of their tattoos, will your employees be next?

Late last year, Starbuck’s baristas were given permission to show their tattoos—yet another moment in the relaxation of the office dress code. So, can employers still require their employees cover tattoos? The answer is yes, but the clarity of Starbuck’s guidelines, including the language around what is still restricted, can prove a valuable resource for employers.