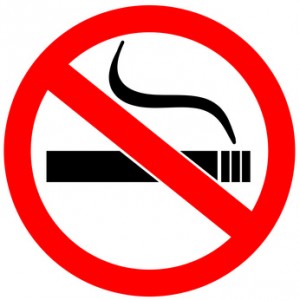 USA Today and the American Heart Association are reporting that more and more employers are, “…imposing bans on smokers. They won’t hire applicants whose urine tests positive for nicotine use.” An example is Baylor Health Care System in Texas. Employers like Baylor are attempting to, “promote a complete culture of wellness.”  To many this means a nicotine-free work environment and staff. Supporters note that every year 443,000 premature deaths are caused by tobacco. It costs the nation some $193 billion in healthcare bills and lost productivity.

But to some these policies cause outrage. Michael Siegel, professor at Boston University’s School of Public health says that these restrictions only punish smokers rather than help them quit. To him, “These policies represent employment discrimination. It’s a very dangerous precedent.”

The problem with Mr. Siegel’s argument is that smokers are not a protected class and, more importantly, smoking kills people in a variety of nasty ways even if you’re not the one doing the smoking. One would have to conclude then that it is far from discrimination to deny a smoker access to his or her smokes in favor of a safer workplace. But should we exclude these smokers from the workplace by not hiring them in the first place?

This writer (a former smoker who hates smoking now) is unconvinced that employers would see an immediate financial gain from establishing this policy; perhaps an initial reduction in some health insurance rates. But with insurance rates on a never-ending path to higher and higher premiums it seems that this is at best a temporary benefit that would soon be made all but useless. The net result is a group of potentially productive employees pushed aside for a valid health concern that can be dealt with by limiting access to smoking at the workplace. Yes, these employees will still get ill….someday. In fact a study in 2007 by Petter Lundberg of the University of Amsterdam found that smokers on average take eleven more sick days annually than non-smokers. But is denying them a job really the best way to persuade them to stop smoking all together? Lundberg’s study suggested, “…that policies that reduce and/or prevent smoking may also reduce the number of days of sick leave.” In addition the average American worker feels that restricting access to smoking in the workplace is the appropriate policy. A 2000 Gallup survey found that 95% of those polled, smoker and non-smoker, felt that workplace policies restricting smoking the workplace were the best way to resolve the issue.

What we’re left with is a convoluted argument that less smoking in a work environment is safer, cleaner and makes employees more productive because they will miss less work and take fewer smoke breaks. While that certainly seems logical what seems less persuasive is the complete exclusion of anyone who smokes from employment with the particular organization in question. It seems like other health issues could eventually be utilized in much the same fashion. Obesity for example is at epidemic rates in the US. If a large number of employers were to exclude the obese, could we not justify this activity in much the same way; those not obese are more productive, miss less work due to illness and will cost less to insure? Are there any precedents that would offer some guidance on this subject?

Pre-employment physicals are utilized by many employers to assure that potential employees can meet the rigors of the job. In those specific cases where physicals are utilized in this fashion, a job description and listing of physical requirements for the occupation are provided as guidance. The reason that these job descriptions are used by the medical staff is so that arbitrary decisions to hire or not hire an individual are removed from the equation. In other words the decision to deny employment is predicated on a specific medical reason relating to the physical requirements of the job. Therefore denying employment to someone because they smoke should be related to a specific job function or requirement. I doubt that Baylor could utilize job descriptions to exclude smokers from the custodial staff or the administrative staff or any other position at their facility using this methodology. Their stance is that they are a medical facility and as such should not employ those who practice an unhealthy habit. Perfectly understandable yet arbitrary in practice, this defines the conflict in ideologies. Should employers be able to pick an aspect of an individual’s personal life, in this case smoking, to exclude their employment based on an emotional reaction to that habit?

When we recognize that limiting the activity during work hours in and of itself resolves the productivity issue, that argument seems to fall. Any savings on insurance are lost in future rate hikes. And finally, that choosing to not hire someone who smokes because the employer happens to be a medical facility, is purely an emotional decision that has no bearing on the individual being able to perform the essential requirements of the job. There really are very few real business reasons to exclude people based on this habit. This writer doesn’t like the smell of cigarette smoke (or smokers) any more than the rest of you but when we make decisions that have such a huge effect on the job applicant, should we not have a less subjective, more reasoned approach than “He smokes. We can’t hire him.”?

What do you think?