Social Media Screening: Enter at Your Own Risk

More data is always better, right? Not necessarily, especially when it is being used against you. 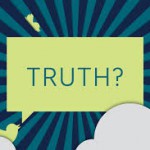 Twitter is now offering a complete index of every tweet ever, “a search service that efficiently indexes roughly half a trillion documents and serves queries with an average latency of under 100ms.” For those of us who specialize in background checks and pre-employment screening, we see both sides of this coin.

The pros: All tweets can be easily searched and indexed. Now, you can truly get a comprehensive view of companies and highly engaged Twitterers or Twitterati from 2006. You can see their professional and personal development in one snapshot.

The cons: Do we really need to add an in-depth social media search to every candidate profile? According to Reppler, 91 percent of employers are using social media to screen candidates, and Twitter is one of the top three social networks searched (topped only by facebook). And, employers admit to using the information found on social media against the candidate—69 percent said they have rejected a candidate based on what they found, and nearly half began looking before they even met the candidate.

From the perspective of a company that specializes in screening, this is a risky proposition. There are many laws put into place to protect the candidate, to give them a fair chance at a job. Depending on the state and the conviction, parts of their criminal record cannot be shared with employers during a background screen. HR departments are forbidden from saying certain things (really anything) in a verification. Employers are encouraged to hire individuals with convictions if there is a low probability that his or her job performance will be affected. Many states have even encouraged employers to “Ban the Box”, or more simply to stop asking about convictions during the application process. Yet, a significant number of employers admitted that they rejected a candidate because of inappropriate photos posted.

So, we willingly overlook criminal convictions, but toss out an application for Spring Break photos?

So, while more information does equal better decisions, make sure that the information you’re using is legally viable and unbiased before you reject a candidate. Avoiding the Twittersphere for screening might be the best decision of all.