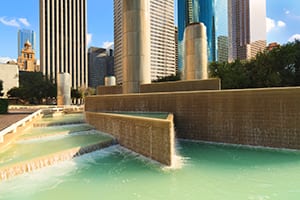 One state legislature has now taken note of the Hobson’s choice referred to in the district court’s opinion on the EEOC suit against the Freeman Companies this August. In the Freeman case, the judge explained that the EEOC has a responsibility to deal with disputes administratively before heading to court. (Basically, don’t sue first and ask questions later.) Employers in Texas now have a real choice in hiring.
The Texas Legislature has recently passed a bill to protect employers who are willing to give applicants with a criminal record a second chance. The new law, which took effect Sept. 1, 2013, limits the liability of a company that hires applicants with a criminal record. The law provides that a “cause of action may not be brought against an employer, general contractor, premises owner, or other third party solely for negligently hiring or failing to adequately supervise an employee, based on evidence that the employee has been convicted of an offense.” Whether other states will follow suit is unclear. It will be interesting to see what the EEOC thinks of Texas’ move to protect employers who actually take that chance, as they have left a wake of unsuccessful lawsuits against employers in their attempts to herald the rights of employees with criminal records.
The EEOC’s agenda does not consider the potential liabilities and risks employers face when hiring individuals with criminal histories. Under tort principles in many states, an employer’s failure to perform criminal background checks is negligence. Employers cannot suspend their processes waiting for clarity from the EEOC as lawsuits play out. The best advice one could offer is to spend time on the front end to develop a background-check policy that will balance the risks of discrimination claims against the true business necessity, taking each position into account.