The deadly cost of no pre-employment checks: The Weekend Roundup

This week reveals the cost of no pre-employment checks, as well as the reality of pre-employment checks in the workplace. In the UK, a cyclist was killed because of negligent hiring practices. Here in the U.S., the intention of Ban the Box legislation—to give those with a criminal record a second chance—is often undermined by the reality of corporate insurers. Additionally, Oregon’s legalization of marijuana last week and the employer breach of OPM are top of mind for many this week. 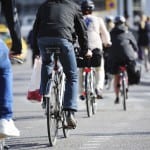 Recruiter: Failure to Carry Out Pre-employment Checks Led to Death of Cyclist

In the UK, one employer’s negligence in hiring led to a cyclist’s death. The employer, a transportation company, failed to check the status of their latest driver’s license. The driver subsequently ran over and killed a cyclist in the course of his employment. After the fact, the employer discovered that the driver was both unlicensed and uninsured. 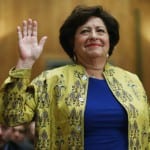 If you work for the government or are a government contractor, you’ve likely already hear about this breach and received complimentary identity theft protection because of it. The breach affects not only the government employees who have applied for background checks, but likely also the friends and families listed on the paperwork. The information was accessed when a hacker gained access to a contractor’s user name and password.

Oregon legalized recreational marijuana July 1st, but according to sources in the state, employers are already dealing with the repercussions of the new policy. While some areas remain fuzzy, professional groups and organizations are advising businesses on how to deal with marijuana legally in the workplace.

In practice, Ban the Box does not trump employers’ insurance policies. While employers may be encourages to hire without bias based on criminal records or convictions, the reality of it is that if an employer cannot cover the employee on their insurance policy because of past criminal activity, their employment will likely be revoked. As one employer said in the article, “We’ve got so many unemployed people in the state of California. Do I have to make exceptions for Jim when I might be able to talk to Joe and he’s qualified and I don’t have to mess with these issues?…I don’t need baggage.” 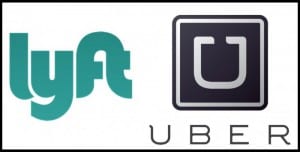 A California employee is accusing Uber and Lyft of performing improper pre-employment checks. He alleges that the companies perform undisclosed background checks on their employees, which is in direct violation of FCRA policy.

Georgia joins the nine states who have previously created mini-FCRAs, a state law that regulates CRAs and creates an additional layer of protection for consumers. The law applies to all CRAs who conduct business in Georgia.