This is Why Drug Screening at Work Must be Random 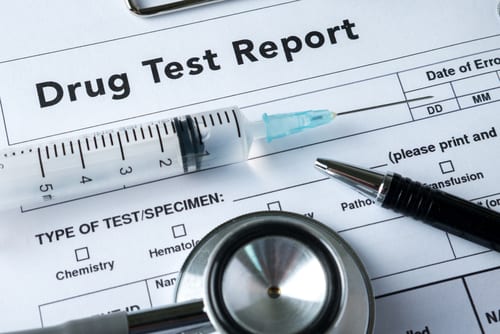 Random drug testing is a secure method to regularly protect your company from drug-abuse related problems. Random drug testing—commonly referred to as spot testing—is not disclosed to employees beforehand. Companies can select employees at random, sometimes using computer-generated software, to remain unbiased and allow equal chance of selection for all employees, including those who have been recently tested.

Random drug testing has proven to be effective at ridding companies of abuse when paired with pre-employment testing. Random drug tests influence employees to stay away from drugs at all times due to the simple fact that they don’t know if they’ll be tested the following day at work. Statistics documented in a recent report (DTI) show that average random urine test positivity rates were 5.7 percent, whereas regularly scheduled drug tests results were about 1.5 percent.

With the impact of opioids, marijuana, methamphetamines, and cocaine, positive drug test rates reached an all-time high in 2018. Drug test positivity rates in the U.S. jumped from 3.5 percent in 2012 to 4.2 percent in 2017, and numbers are on the rise. Between 2016 and 2017, cocaine’s positive results increased by eleven percent. Methamphetamine abuse exponentially increased in four highly impacted regions—167 percent in the Midwest, 160 percent in the Southeast, 150 percent in the Northeast, and 140 percent in the South Atlantic—equating to a 25 percent-nationwide increase from 2016 to 2017. Though marijuana legalization is on the rise in the United States, it still impairs employees who carry out safety-sensitive job duties, and positive THC testing results are up in certain states. Marijuana’s positive test results increased by four percent within the general U.S. workforce and eight percent in safety-sensitive positions.

Per requirements of the Department of Transportation (DOT), pilots, bus drivers, truck drivers, train conductors, chemical or nuclear plant workers, and other safety-sensitive roles are required to undergo random drug testing. However, random drug testing isn’t limited to jobs where machinery or hazardous materials are involved. KRESS recommends that all companies and industries implement random drug testing every quarter.

Though there are federal initiatives to cure the nation of drug abuse and addiction, companies should take matters into their own hands within the private sector to ensure workplace safety for employees and customers. Employees should also be tested per specimen type based on your company’s goals and budget. The DTI showed that positivity results from 2014 were 5.7 percent for urine, 9.5 percent for oral fluid, and 10.7 percent for hair. In addition to pre-employment testing, adding random drug testing to your company’s drug-free workplace policy will maintain long-term compliance.

KRESS has a variety of packages and options tailored to your company’s budget, goals, and timeline. Contact us today to implement a random drug screening program that is compliant with your city and state’s regulations. Call (888) 636-3939 to start saving time and money!