Not surprisingly, the energy industry suffered the most layoffs in 2016. Energy-sector employers announced 14 percent more layoffs in 2016 than 2015, totaling 107,714. Most of these cuts were announced in the first half of 2016, correlating with historically low oil prices globally. These job cuts declined sharply beginning in June, when prices began to recover.

The BLS also reported that wages rose 2.9 percent over December 2015, and the unemployment rate was 4.7 percent. 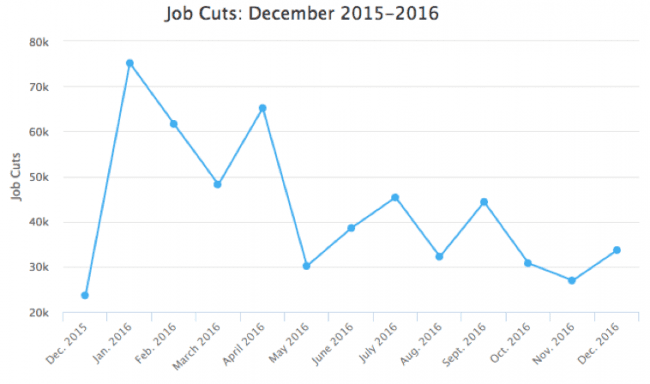