Weekend Round Up: Employee wellness and engagement 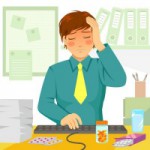 For the past few weeks, Ebola has been leading news across the country making employee wellness top of mind for many HR managers and employers. However, more than 60 percent of employees come to work with the flu (whose symptoms are remarkably similar to early stage Ebola). Even though the dangers are well known, it takes an office culture that clearly says stay home to make it happen.

The era of quarterly, or annual, performance reviews is likely coming to a close. So, why should and how do you overhaul your talent management process? Feedback loops are one way to engage employees used to instant feedback. 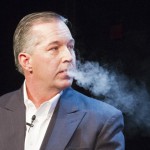 The Atlantic: “The Company that Banned Its Own Product”

The maker of Camel cigarettes says now that employees are not allowed to smoke in its offices. According to the article, roughly 18 percent of employees at Reynolds American smoke. The company spokesperson stated that they were aiming to better align their corporate policy with society. They are protecting their workers from secondhand smoke, to avoid potential lawsuits from employees (who are producing and marketing cigarettes).