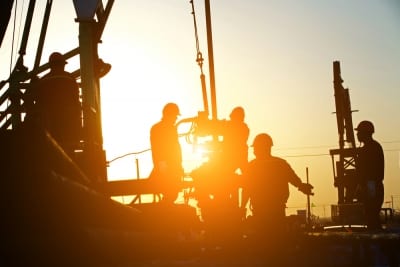 Two oilfield services companies based in Houston agreed to pay $1.2 million in a settlement for race discrimination and a retaliation lawsuit. In other news, a former Urban Outfitters employee is suing the company for pregnancy discrimination. She claims she was fired after disclosing plans to have a second child. Lastly, take a look at meeting more than just deadlines and working against the “mere urgency” effect. Click the headlines below to read more.

Two Houston-based oilfield services companies have agreed to pay a total of $1,225,000 to settle a race discrimination and retaliation lawsuit filed by federal officials.

According to the U.S. Equal Employment Opportunity Commission, Nabors Corporate Services Inc. and C&J Well Services Inc. will pay the settlement amount to nine black employees and one of their white co-workers.

The EEOC’s lawsuit alleged that Nabors Corporate Services and its operational successor, C&J Well Services, violated Title VII of the Civil Rights Act of 1964 by subjecting black oilfield workers at their Pleasanton, Texas, yard to a hostile environment that included the pervasive use of racial slurs in the workplace. The lawsuit further alleged that the company’s managers intentionally assigned black employees to lower paying jobs and fired workers in retaliation for reporting racial harassment.

Anna DeMarco, 39, has filed a pregnancy discrimination lawsuit against the South Philadelphia-based retail conglomerate, which also owns the Anthropologie and Free People brands.

Anna DeMarco, 39, has filed a pregnancy discrimination lawsuit in federal court against the South Philadelphia–based retail conglomerate, claiming that Urban Outfitters fired her after she announced that she was trying to get pregnant with her second child.

Getting Your Team to Do More Than Meet Deadlines

It’s Monday and you just arrived at work. Your to-do list for the week is long: answering emails, making client calls, attending meetings, researching a client’s needs, writing a proposal, updating a project plan, reading about new developments in your field … the list doesn’t seem to end.

Which tasks should you focus on first?

The approach that many of us too often default to is checking off tasks that are easiest to complete or are due first, regardless of importance—a phenomenon that scholars describe as the “mere urgency” effect.