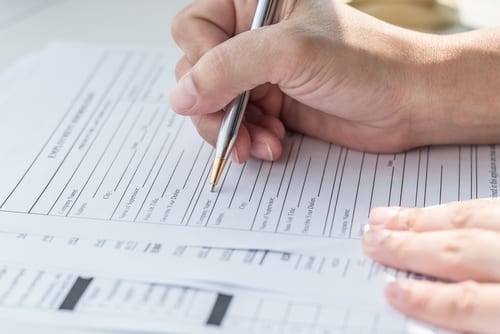 Are you ready for the Affordable Care Act mandated by the IRS? Draft forms are available to help companies prep for reporting due to the IRS in early 2020. In recent headlines, a North Texas company hired undocumented workers and the U.S. government has seized more than $2 million in company bank accounts. A recent study by Glassdoor found that people consider a company’s culture before applying for a job. The study also found that company culture trumped salary when it came to job satisfaction.

In mid-November, the IRS issued draft forms and instructions to help employers prepare to report on the health coverage they offered employees in 2019. The final forms are expected to be issued before the end of the year. Employers subject to the Affordable Care Act (ACA) must distribute 1095 reporting forms to employees and transmit copies of these forms to the IRS early in 2020.

“The release of these documents is another clear message from the IRS that it’s continuing to enforce the reporting requirements,” said benefits attorney Arthur Tacchino, chief innovation officer at compliance software and services firm SyncStream Solutions.

The draft forms and instructions are available on the IRS website:

A Plano excavation company is being investigated by federal authorities for continuing to employ undocumented immigrants even after previously being caught and fined for it, according to federal court documents.

A 2018 inspection of Vilhauer Enterprises found that 71 of the 109 employees whom the company said it had fired due to suspect documentation were still receiving checks, according to Homeland Security Investigations.

As employers, we “tell” our team who we are through every exchange and interaction, every single day. The message is present in the way we engage employees and give them the tools to engage with us. It’s also present in the working environments we create. And it’s that message that highlights our corporate culture in our employer branding, which helps attract the right hires.

According to a study by job and recruitment resource Glassdoor, 77 percent of the more than 5,000 adults surveyed across the United States, the United Kingdom, France and Germany consider a company’s culture before applying for a job. Fifty-six percent say company culture trumps salary when it comes to job satisfaction.