Weekend Roundup: Development in the Tipping Wars and a Theme of Inclusion 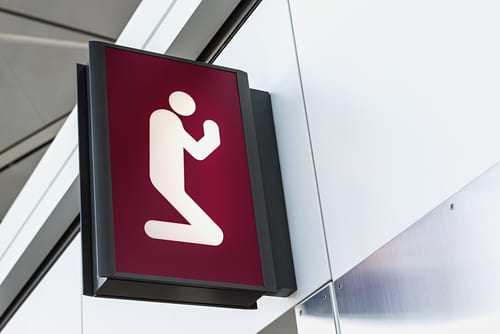 In the era of #MeToo, inclusion in the workplace has become an even more common topic. Inclusion efforts can make the workplace friendlier to those of diverse backgrounds, such as in the case of prayer rooms. It can also bring bad behavior into the spotlight, as a recent announcement from Nike shows. In other news, the tipping wars seem to have settled for now.

Prayer and Meditation Rooms Can Increase Inclusion
Many companies have begun adding prayer and meditation rooms to their offices for employees who pray throughout the day. In a report from SHRM, employers say they found that employees responded positively to the addition of the rooms and the efforts have even increased morale. In some cases, the rooms require a key card that must be requested in order to prevent the rooms from being used for meetings or naps.

Nike Reshuffles Marketing Leadership Amid Reports of ‘Behavior That Is Inconsistent With Our Values’
Other companies have attempted to create a more inclusive environment by removing employees whose behavior isn’t in line with its values. Nike is the latest to do so: “Over the past few weeks, we’ve become aware of reports of behavior occurring within our organization that do not reflect our core values of inclusivity, respect and empowerment at a time when we are accelerating our transition to the next stage of growth and advancing our culture,” Parker’s memo began. “This disturbs and saddens me.”

With a new law in place, all sides are claiming victory in the tipping wars
The latest 2,200-plus-page spending bill from congress includes a few paragraphs that will prohibit restaurant owners from sharing server tips with supervisors, managers and themselves. The provision does allow employers to share tips with back-of-house employees, who are usually underpaid compared to those in front-of-house positions.