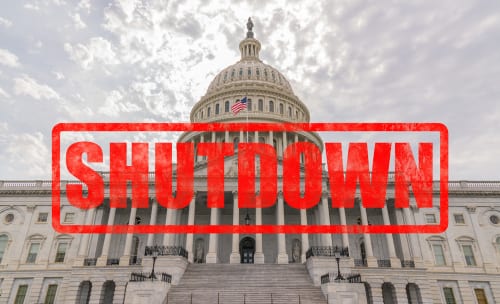 This week, employers across the nation continued dealing with the unavailability of E-Verify amid the government shutdown, even as jobless claims fell to a five-week low. In other news, Walmart faces a class-action suit on behalf of five million job seekers following claims that the retailer failed to comply with the FCRA. Get the latest in our Weekend Roundup:

The partial government shutdown has cut off U.S. employers from a federal system designed to help them avoid hiring immigrants not allowed to work in the nation.

And that’s causing confusion for some employers in Georgia and around the nation.

But employers are running into a wall when they try to use the system. This note has been posted on E-Verify’s site: “Due to the lapse in federal funding, this website will not be actively managed …. E- Verify and E-Verify services are unavailable.”

Judge David O. Carter granted the Motion for Class Certification in the U.S. District Court for the Central District of California for the class action lawsuit in which lead plaintiff Randy Pitre—who worked for Walmart in November 2015—claimed Walmart improperly obtained background checks on applicants and employees with a job application that was out of compliance with the FCRA from 2012 until 2015.

Filings for U.S. unemployment benefits unexpectedly fell to a five-week low, even amid a partial federal government shutdown.

Jobless claims declined by 3,000 to 213,000 in the week ended Jan. 12, below economist forecasts, Labor Department figures showed Thursday. The four-week average, a less-volatile measure, declined to 220,750.