It’s rare that employment screening is leading the news from two countries, but that is the case this week. Uber is increasing their security, and other countries are looking for better ways to screen their employees. It may be time to reconsider your screening process as well.

Quartz: The Case for Ultra-Intense Background Checks for Hire

Even those companies that spend their time finding flaws in other companies sometimes miss dishonesty at their own front door. Carson Block, the director of research for Muddy Waters, admits that he has had several bad hires. Because his hires are expensive, he can’t afford to make mistakes. Sometimes, even the best seeming candidates are lying, and he admits it’s not enough to go with a gut feeling. In this article, he talks about how he has ramped up his hiring process.

After a U.S. subcommittee hearing, it was revealed that airport personnel skip the daily security screenings that the rest of us are subject to when we fly. This was exposed after a gun smuggling incident in Atlanta. The thinking behind the policy was that if an employee passes an employment screening when they are hired, there is no need to rescreen. This, obviously, is not the case. 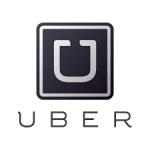 Uber has been accused of having a double standard in its screening policy, and the accusations are seemingly correct as the U.S. drivers were subject to criminal background checks while the drivers in India were only recently made to meet this standard. However, the company has realized the cost of foregoing criminal checks and has amended its ways.