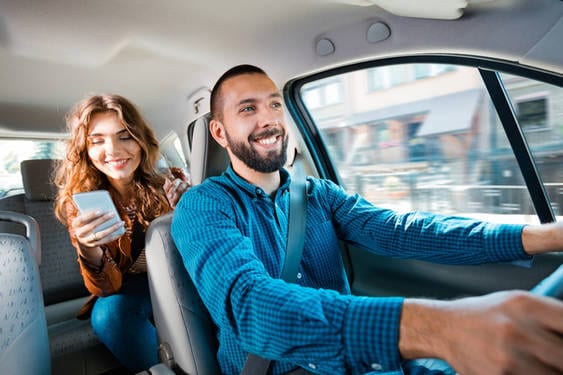 In this week’s Weekend Roundup, Uber is changing things up in California in hopes to avoid the reach of the new Gig Workers Law, by allowing drivers to set their own payment rates. A recent poll shows Pennsylvanians may not be as eager to legalize recreational marijuana use as their Lt. Gov. John Fetterman. The art of hiring is really not just an art, but rather 50 percent science and 50 percent art—grooming and retaining employees is what’s key. Click the headlines below to learn more.

For the past month, the ride-hailing company Uber has been piloting new features in California, such as letting drivers set their own payment rates, in hopes it will avoid the reach of a new state law threatening to reclassify its contractors as full-time employees.

But workers – and legal experts – say they aren’t fooled.

“This is a smokescreen to make it look like we have more say than we do,” said Steve Gregg, a California driver who has completed more than 16,000 rides for Uber and Lyft over the past three years and who organizes with Gig Workers Rising. “They are trying to manipulate their public image.”

While Lt. Gov. John Fetterman crusades on legalizing recreational marijuana, one poll released last fall suggests Pennsylvanians may not be eager to jump on the bandwagon.

They’re right to be cautious. Lost amid the legalization hullabaloo is the chaos unfettered pot will wreak on labor practices, workplace litigation, employer liability, healthcare costs, and more.

I know. I’m an employer.

Among the jobs my company offers are forklift operators, where drug-induced impairment is not just an inconvenience but a major safety hazard. In 2019, 50 percent of those to whom we offered employment in customer service, warehouse positions, or driving failed drug screenings.

I don’t think anybody can say, “I have mastered the art of hiring or firing people.” Because hiring and firing are not just an art or a science—they are a little bit of both. And from my experience, leading teams and people in both commercial and volunteering capacities, a lot more goes into finding the right team members than just scanning résumés, interviewing, hiring, and hoping that they will be a fit for the job and the organization.

Also, only 50 percent of hiring is getting the right person in the door. The other 50 percent is about grooming and retaining them, which is really making sure they are walking into a healthy company culture, set up for success, and given a solid growth and career plan.