Weekend Roundup: HR is hiring in 2015

Last week, it was all about resolutions and kicking off the New Year with style. This week, we’re back to work. And, if you’re in HR, 2015 is coming on with a bang. Hiring reports and every HR discussion board is saying that hiring will be a priority, but finding the candidates will be more of a challenge than it has been recently. 2015 is the year of the candidate, and HR has to change their ways to find and retain the best. 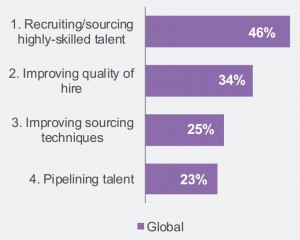 Hiring is increasing in 2015—and the thing recruiters most want is more candidates according to a recently LinkedIn survey. Quantity matters. But, where are they finding the candidates? Despite all the buzz about LinkedIn and other social media recruiting tools, job boards are still in the top spot. If you’d like to read the full report, click here.

Inc.: Why Retaining Talent Will Be Harder in 2015

More employees are confident in the job market now than they have been in six years. And, after emphasizing in 2014 that the paycheck matters most, they are willing to move on if they do not get the salary increase they’re after. So, while looking for your new candidates, don’t forget to communicate to your current employees.

Fistful of Talent: The Top 10 Bleeding Edge Recruiting Trends to Watch in 2015

The #1 trend that has come across almost every HR outlet this morning is that the power is in the hand of the candidate and the company must adjust. HR needs to focus not only on the needs of current employees and desires of future hires, they also have to watch carefully for candidates they may need in the future—because those same candidates will likely not be available later. Workforce planning is making a comeback because of the lack of talent and the retirement of the boomers. HR has their work cut out for them in 2015.

CNN Money: Where the jobs are and who is being hired

The white collar jobs are back and in force. More than 700,000 professional and business services jobs are open. Now, how to find the candidates? 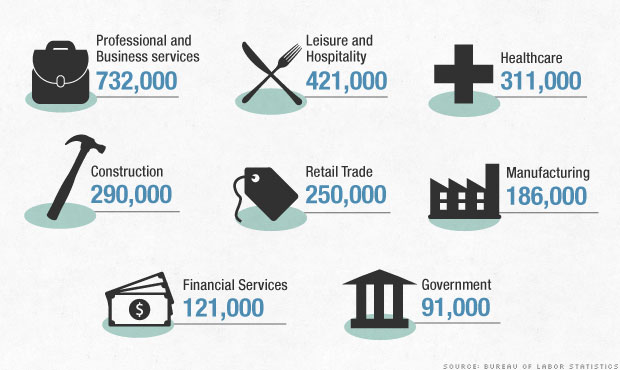