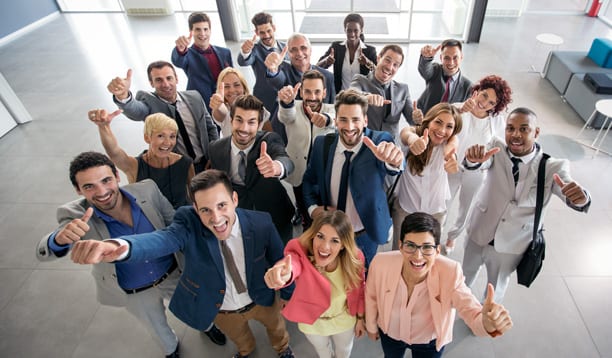 Good economic news continued with April’s jobs report, which showed another quarter-million job added to the economy as unemployment nationwide fell to 3.6 percent. That historic low has some employers turning to staffing agencies to find qualified talent, while a federal court attempted to clarify exactly what counts as a disqualifying “conviction” on a criminal background check according to the FCRA. Get all the details by clicking the headlines in today’s Weekend Roundup:

U.S. employers added a better-than-expected 263,000 jobs in April, as the nearly decade-old economic expansion shows no signs of slowing. And the unemployment rate dropped to 3.6 percent—the lowest in nearly 50 years.

In March, the jobless rate was 3.8 percent. A monthly snapshot from the Labor Department showed solid hiring in services, construction and health care.

As the War for Talent Rages, Businesses Turn to Staffing Agencies

Unemployment claims have fallen to their lowest level in fifty years. This has been driven in part by the recent boom in the technology and gig industries. Finding work is faster and easier than ever before; finding qualified employees, however, is a different matter.

Recruiting and hiring skilled talent takes time—about 23 days on average. But the length of the hiring process can vary wildly depending on your industry, location, and the position itself. It takes almost 52 days, for example, to hire a program analyst. Talent is so scarce that recruitment marketing has flourished, enabling HR managers to find, attract, and nurture talent before they even step into the office for an interview. Finding qualified candidates is practically a full-time job on its own.

Is it any wonder, then, that more and more businesses are turning to staffing firms to find talent for them?

On April 16, the U.S. Court of Appeals for the Seventh Circuit ruled that the definition of “conviction” under the Fair Credit Reporting Act (FCRA) should be interpreted under federal law, not the law of the state where the criminal record is generated. The appellate court affirmed the holding that a guilty plea resulting in a sentence of supervision qualified as a “conviction” under federal law, including the FCRA.

Have a question to the experts on all pre-employment services? Contact KRESS today! Our seasoned screening providers will help devise a customized solution for your needs.