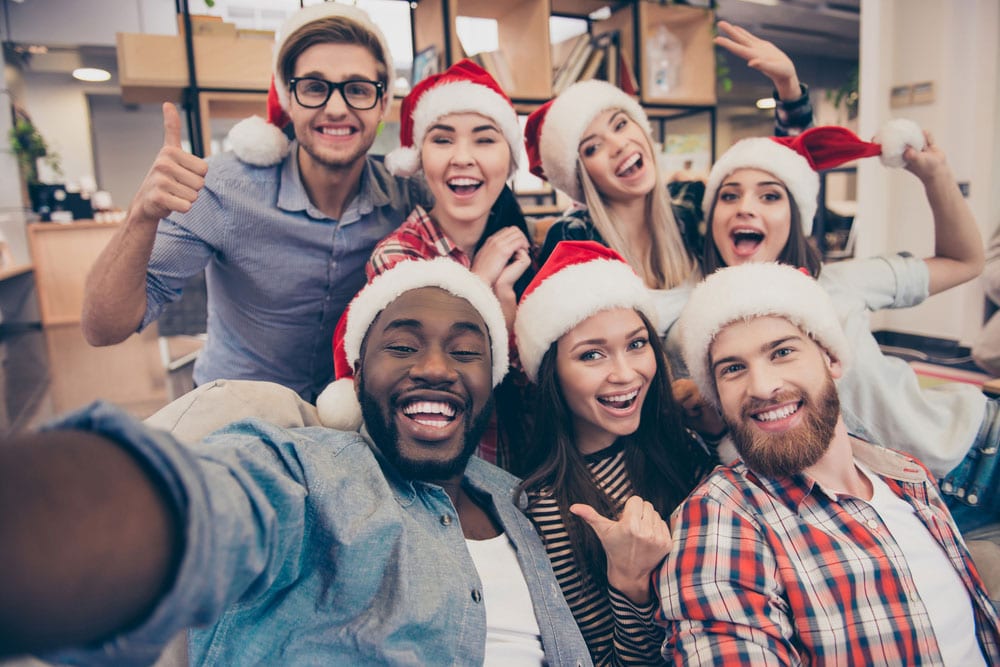 The holidays are just around the corner, which means it’s time for office Christmas parties. Today, discover how to keep employees from harming their reputations (and yours) at these annual shindigs. In other news, workers are quitting their jobs in record numbers even as U.S. job growth begins to slow. Find out why in our Weekend Roundup:

Don’t Lose Your Job at The Office Christmas Party

It’s the most wonderful time of the year! Everyone rushing to get their work done before the holidays begin and getting invitations to your or your spouse’s office Christmas party. Tread carefully as nothing could be worse,than losing your job due to bad behavior at the work bash.

Employment experts recommend the office boss should send out an email to all employees, outlining what is acceptable at the Christmas party and what is not. It’s helpful to newer employees and does some CYA with HR. We’ve put together some tips to help everyone navigate the potential choppy waters of the office party.

Why Are Workers Quitting Their Jobs in Record Numbers?

More U.S. workers are quitting their jobs than at any time since the numbers have been recorded.

The Bureau of Labor Statistics (BLS) reported that 3.5 million people—or 2.3 percent of the total workforce—left their jobs voluntarily in October, the most recent month for which data exists. Private-sector workers quit at a rate of 2.6 percent in October, up from 2.4 percent the previous year.

In 2000, the BLS began recording what’s known as the quits rate. The number of employee quits has increased for nine consecutive years. The last time the voluntary quits rate was as high as it is now was April 2001.

The unemployment rate was unchanged at a near half-century low of 3.7 percent, the Labor Department said Friday.

Economists surveyed by Bloomberg had estimated that 199,000 jobs were added last month. Also, employment additions for September and October were revised down by a modest 12,000.