Weekend Roundup: Vaping in the Workplace, Next Generation Truckers, Don’t Spark Up in NV. Just Yet 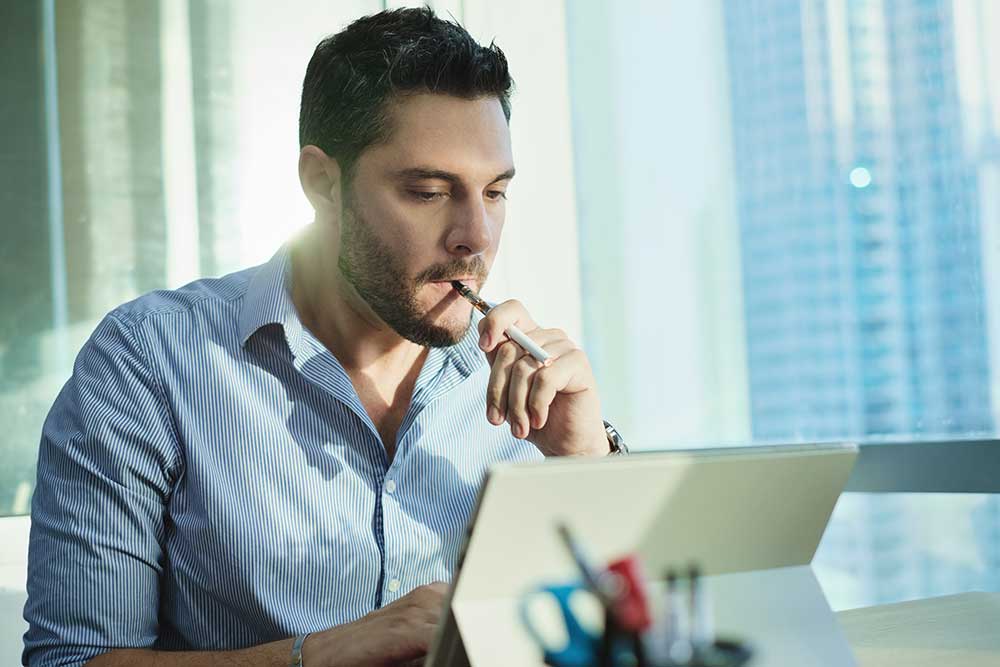 Is it time to rethink your workplace policy on e-cigarettes? Most employers have a ban on smoking in the workplace, however some policies don’t include e-cigarettes. In other news, American Trucking Association Chairman Barry Pottle recently expressed his concern for attracting younger workers to the trucking industry. The concern is raised due to the impending federal Drug and Alcohol Clearinghouse rule, and hair testing that will remove drivers from the industry due to drug and alcohol violations. Nevada is the first state to ban pre-employment drug testing for marijuana, however before employees start lighting up–there are still some federal statutes that must be taken into consideration.

The use of electronic cigarettes, also known as vaping, is believed to be responsible for five deaths and 450 severe lung injuries in what appears to be a nationwide epidemic, according to new reports.
E-cigarettes are battery-operated and produce vapor that simulates smoking. They can resemble regular cigarettes, cigars, pipes, pens, USB sticks and other everyday items. They do not burn tobacco, but the device heats a liquid that usually contains nicotine, flavorings and other chemicals.
While most employers ban smoking in the workplace, their policies don’t always extend to e-cigarette products. However, a Centers for Disease Control and Prevention (CDC) health alert on Aug. 30 warned that severe pulmonary disease is associated with using e-cigarette products. The agency, which is part of the U.S. Department of Health and Human Services, launched a multi-state investigation into the lung illnesses on Aug. 1.

Barry Pottle, the chairman of American Trucking Associations, said enhancing the industry’s public image and expanding its appeal to younger workers will be key to attracting the next generation of drivers and technicians.

Pottle, who is CEO of Pottle’s Transportation in Bangor, Maine, also highlighted legislative action that would create more opportunities for young drivers during an August 27 address here at McLeod Software’s annual user conference.

He promoted the DRIVE Safe Act, which would allow 18–to 21–year-olds to become interstate truck drivers through employer-sponsored apprenticeships. Although all 48 contiguous U.S. states already allow drivers in that age group to operate trucks within their boundaries, federal regulations restrict them from crossing state lines until the age of 21.

Although some jurisdictions across the United States are moving toward a policy that prevents pre-employment drug testing for marijuana, this amendment to that wiz-quiz way of life is not set up to ensure that everyone in the workforce who uses that substance is in the clear. Although there are many cases where drug testing for weed, or any other drug for that matter, will not apply, the current marijuana ban under federal law demands that some workers pee clean, no matter what.

America rejoiced last week when Nevada became the first state to ban drug testing for marijuana as a pre-employment requirement. This means companies that traditionally tested for cannabis in the past before offering someone a job may no longer include the herb in their drug panels.