Most companies have a rehire policy of some kind—you have to differentiate between those employees you want back on your team and those who can never, ever darken your doorway again once they walk out. But, what determines whether an employee is eligible for re-hire or not? 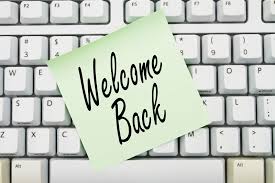 But, why? What are some of the reasons that employees are labelled as “ineligible for rehire”? Sometimes, the reasons are logical; for example, the SHRM template for rehire says that employees cannot be rehired if they had a “less-than-satisfactory work history” or if they did not complete the mandatory introductory period. Other reasons for not rehiring an employee may be based on your industry or his or her position—if they caused a security breach, stole property (intellectual or physical) or poached clients, you don’t want them back. But, if they left to care for a sick family member, rehiring would be a good move.

When you do rehire, make sure that each employee undergo the same pre-employment check as if they were a new hire. Once you’ve done that, and ensured that the work history was satisfactory (or, hopefully better), you’re ready to re-hire. And, with each re-hire, you save time and money in training. And, depending on the length of their departure, you may have an instant team player.