Will Your Office be Out of Bounds on #SuperSickMonday? 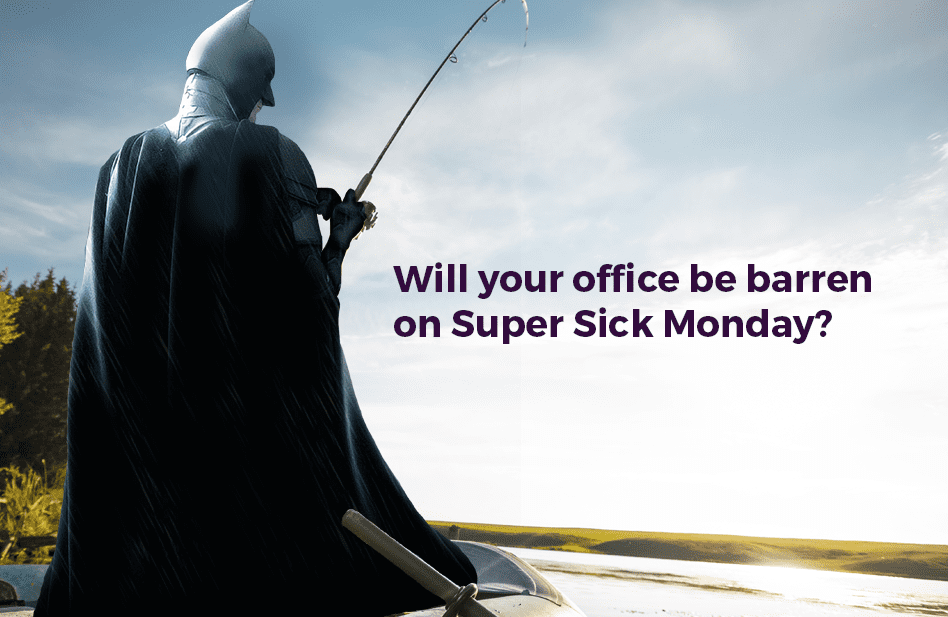 No matter who wins the Super Bowl this month, we already know who the losers will be: employers! Every year, employers lose revenues and productivity when employees call out sick the day after the Big Game (and the bigger parties).

According to a recent survey commissioned by Mucinex and The Workforce Institute at Kronos Incorporated, one in five employed Americans (19 percent) claimed they have previously missed work on the Monday after the Super Bowl. An estimated 13.9 million Americans will call in sick Monday after this year’s game, making #SuperSickMonday one of the biggest sick days of the year.

For this very reason, some people have rallied for years around the idea of making #SuperSickMonday a national holiday. In 2017, Heinz even started a petition to take the matter to Congress. Heinz, like many companies, gives their employees the day off, citing that even if employees do come into work, productivity drops significantly. Even human resource managers—a whopping 72 percent of them—agree the day should be designated a holiday.

So, if you can’t afford to close your business on Monday after the Super Bowl, what can you do to ensure the day isn’t a wash? One expert says you should embrace the day throw a party.

Chandra Kill, CEO and president of KRESS Employment Screening and WorkPast, says it could benefit employers to embrace the sluggishness and feed the hangovers.

“Think of it as an opportunity to build morale and improve culture,” Chandra says. “Select a couple of vivacious employees to organize breakfast for your staff and turn the morning after into a morale-building, uber-engaging, get-to-know-each-other-better day. You could even extend the fun with office pools on the winning team, show-your-team-spirit, or other designated days the week leading up to the big game. Make it fun!”

If that sounds a little silly, it’s because it is—That’s the whole point. Team-building helps turn a lazy workday into a productive and motivating one.

“Too often, an employer’s assumptions about what will keep employees productive are overly strict and often backfire,” Chandra adds. “Hard work is well and good, but incorporating a bit of fun can be very beneficial to your bottom line.”

It also gives employees an opportunity to flex their creative muscles on the job.

“Our internal culture committee that plans these events will get decorations from the dollar store, put bows on packages of Alka-Seltzer, and have breakfast tacos from the nearest taco truck, and BOOM!” Chandra says. “You have smiles where there might have been grumbles and people actually looking forward to that morning instead of calling in sick. It really doesn’t take a lot to have happy employees.”

Naturally, such suggestions depend on your company culture. Create a #SuperSickMonday strategy that makes sense for your business and your workforce. But if you’re looking for a way to boost morale and get people back on the job, free bagels and coffee are a good start.