Your online persona: the fight for accuracy

This week, a case with potential ramifications for both businesses and consumers received important attention from the Consumer Financial Protection Bureau—the Bureau and the Office of the Solicitor General sent an amicus brief on behalf of the plaintiff in the case of Spokeo, Inc. v. Thomas Robins, No. 13-1339. 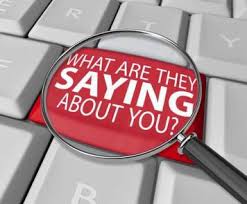 So, what does this mean to you? There are a few important developments here, hidden in the legal jargon.

Thomas Robins has no financial damages at stake

In most FCRA cases, the plaintiff has clearly suffered financial loss, in the form of a missed job opportunity, a job loss, or other tangible asset. In this case, Robins has suffered no loss but is suing because the information is incorrect he is filing based on a violation of his First Amendment rights. The court ruled that “inaccurate consumer reporting information is sufficient injury in fact to establish Article III standing under the Fair Credit Reporting Act.”

In sum, the fact that inaccurate information exists in a public format is enough to cost a company substantial loss.

As a side note, the courts are no longer requiring that incorrect information is supplied to a third party—just that it exists in a CRAs records—for damages to be assessed as in the case of Collins v. Experian Info. Solutions, Inc., 2015 U.S. App. LEXIS 50 (11th Cir. 2015).

The government is in favor of Robins in this case

An amicus brief from the Bureau and the Office of the Solicitor General is  intended to influence the outcome of the case in a way that serves the interest of the writer of the amicus brief.

In this case, the government is standing in favor of Robins, supporting his stance that the FCRA has been violated. The government argues that harm has been done by the very existence and dissemination of inaccurate information.

This has been true since the Dodd-Frank Act, but it may be coming into play more now than before. With the increase in FCRA cases against businesses in favor of the consumer, it could be argued that the government is looking out for the individual. At the same time, others argue that the rise in cases against corporations rather than consumer reporting agencies (CRA) is due, in part, to the change in fee structure in 2014 that makes these cases more appealing to attorneys.